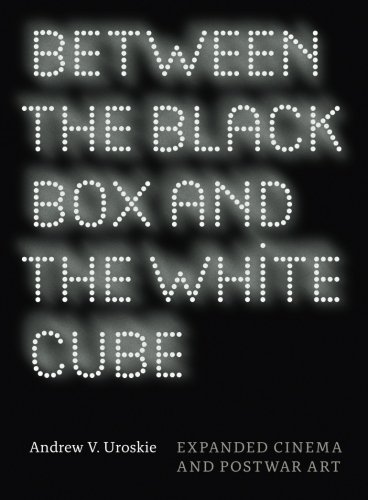 Críticas ""Uroskie's sensitive interpretative work, scholarly synthesis, and wealth of research make this book an important addition to the host of new critical literature emerging on experimental film, media, and art.""--Millennium Film Journal ""Through an array of insightful analyses, Uroskie places expanded cinema's unruly practices within the very center of the discourse of post-World War II art and film. In so doing, he sheds important new light on figures both well-known (like Andy Warhol) and much-too-often ignored (such as Stan VanDerBeek, Robert Breer, Jean-Isidore Isou, and Ken Dewey) and outlines the prescient challenge they posed to the institutions that conditioned their exhibitions. Long marginalized, expanded cinema has finally received the critical attention for which it has always been clamoring.""--Branden Joseph, Columbia University ""Between the Black Box and the White Cube rescues critically neglected and under-recognized work by artists who embraced media, especially film, at times and in contexts that proved inhospitable to intermedia art. Andrew Uroskie writes with a retrospective lens aimed at correcting the art historical past, but he also shows himself adept at treating the work of major contemporary figures. Bringing extraordinary care to his in-depth analyses and the development of his historical claims, Uroskie has produced a wide-ranging and insightful book that fills an important gap in the literature and will readily cross over from the realm of cinema studies to that of contemporary art history.""--Bruce Jenkins, School of the Art Institute of Chicago Reseña del editor Today, the moving image is ubiquitous in global contemporary art. The first book to tell the story of the postwar expanded cinema that inspired this omnipresence, Between the Black Box and the White Cube travels back to the 1950s and 1960s when the rise of television caused movie theaters to lose their monopoly over the moving image, leading cinema to be installed directly alongside other forms of modern art. Explaining that the postwar expanded cinema was a response to both developments, Andrew V. Uroskie argues that, rather than a formal or technological innovation, the key change for artists involved a displacement of the moving image from the familiarity of the cinematic theater to original spaces and contexts. He shows how newly available, inexpensive film and video technology enabled artists such as Nam June Paik, Robert Whitman, Stan VanDerBeek, Robert Breer, and especially Andy Warhol to become filmmakers. Through their efforts to explore a fresh way of experiencing the moving image, these artists sought to reimagine the nature and possibilities of art in a postcinematic age and helped to develop a novel space between the ""black box"" of the movie theater and the ""white cube"" of the art gallery. Packed with one hundred illustrations, Between the Black Box and the White Cube is a compelling look at a seminal moment in the cultural life of the moving image and its emergence in contemporary art. Ver Descripción del producto