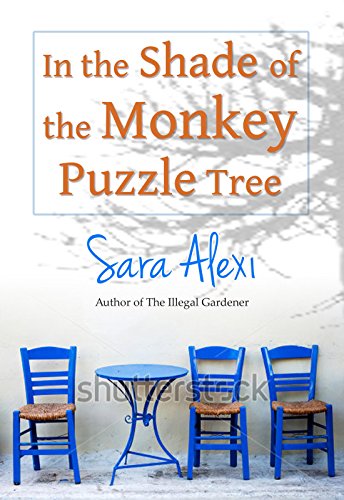 From an idyllic Greek village steeped in tradition to the smoke and noise of 1970s Athens, In the Shade of the Monkey Puzzle Tree is a tale of a belated coming of age for one man whose dreams take him beyond the comfort of the only way of life he’s ever known.

Dissatisfied with life in a tiny village where nothing much happens, Theo, in his forties, makes a decision to move away from an uninspiring future running the village café, and from his controlling father who he feels will forever see him as a child.

Determined to make his mark and stand on his own, Theo travels to Athens to make a new life amongst the unpredictable, unfamiliar hustle and bustle of the city. But things do not turn out as expected, and time and again Theo finds his morals and honesty being tested, as urban life challenges all that he holds dear.

As Theo finds himself making bad choices and slowly becoming somebody he doesn’t like in order to survive, he is torn between sticking it out and returning home; that is if returning home is even an option after how he left things with his father.

As he discovers his humble needs are to earn his keep and find a woman to love and marry, will the unpredictable ways of life in the big city prove to be everything Theo wanted, or will the village really hold his heart?